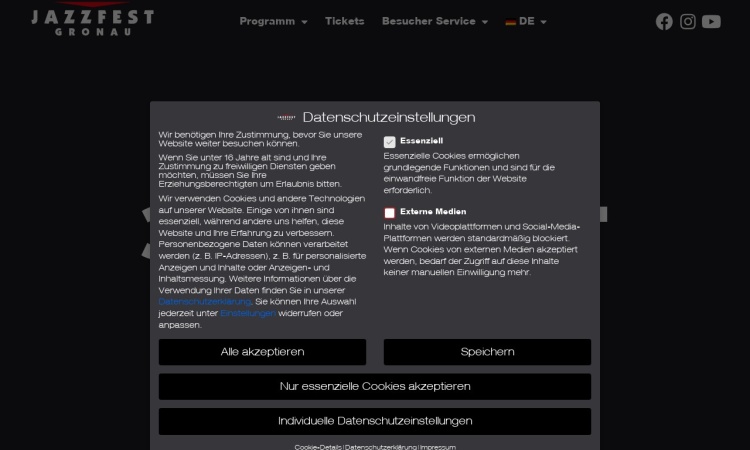 www.northseajazz.com
The first edition of the North Sea Jazz Festival took place in 1976 in the Nederlands Congresgebouw in The Hague. Some numbers in those early days: six venues, three hundred artists and about nine thousand visitors. In this very first festival year internationally renowned jazz legends performed, such as Sarah Vaughan, Count Basie, Dizzy Gillespie and Stan Getz, as well as most Dutch avant-garde artists.
In 2006, the festival moved to its current, bigger, location in Rotterdam. This year, the organisation expects more than a thousand musicians, spread out over 150 performances and thirteen different stages. Though the numbers of visitors were between 65.000 and 70.000 in recent years, the festival still manages to retain its intimate character.

All about Jazz Neuerscheinungen